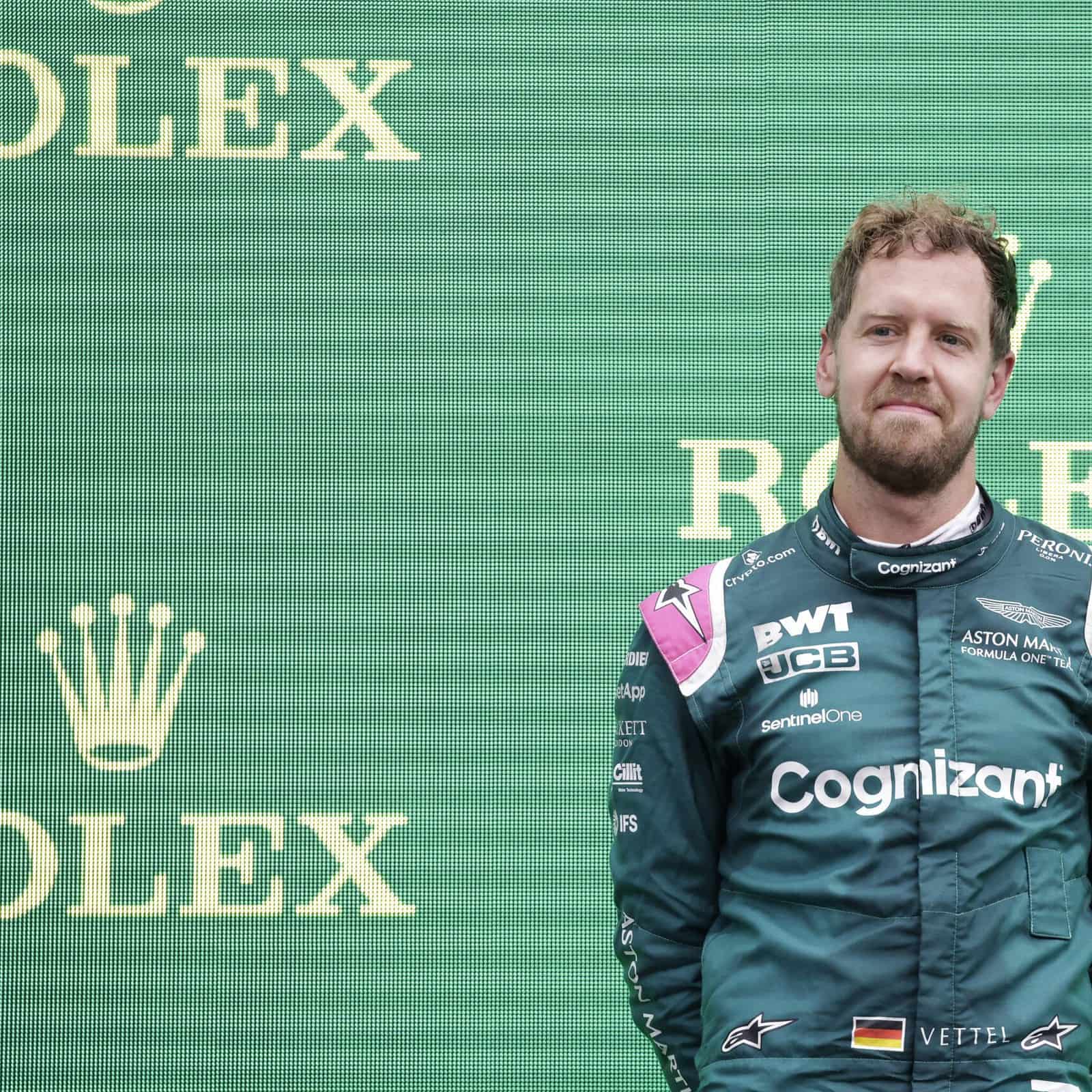 What appeared to be a promising day for Sebastian Vettel saw the German’s final race in Formula 1 end in bittersweet fashion when the German came home for 10th place in Sunday’s (Nov. 20) Abu Dhabi Grand Prix.

Vettel ended his final career qualifying session in ninth, lining up next to Fernando Alonso – who will take over Vettel’s spot at Aston Martin in 2023 – when the lights went out.

“I wish it would have been a couple of more points,” Vettel told SkySports’ Jenson Button.

“I enjoyed the race … I think we, about today, obviously didn’t go for the best strategy; so it was a shame because I think we could have turned the constructors’ championship around us. But overall obviously a big day and a big thank you to all the support. So many flags, so many smiling faces, which has been very special. I’m sure I’m going to miss [it] more than I understand right now.”

Vettel also took time to voice his appreciation for life outside of F1, giving the Abu Dhabi crowd a proper look into the mind of the four-time World Champion.

By opting to take on a one-stop strategy vs the two-stop strategy utilized by much of the field, Vettel had managed to advance as high as fifth place before bringing his AMR 22 into the pits for a set of hard tires on lap 25. The German rejoined in 19th, taking his hard tires 33 laps to the end of the race.

When Vettel’s march through the field began to slow as he approached the top 10 positions, it became clear that Aston Martin’s one-stop gamble would not pay off for Vettel in his final race.

“When the tires were getting older we were going backwards,” Sebastian recalled.

“But once we committed to the one-stop, I think that was it, but obviously it was the slower strategy today, so not so enjoyable when you’re in the car and you’re going backward. I was fighting through the people – I had a nice battle with Daniel [Ricciardo] but couldn’t get close enough. But yeah, I think it’s nice with him to fight the last couple laps and both of us finish in the points so… yeah, it has been a big weekend.”

Vettel made one final dash for ninth place on his 2014 Red Bull teammate Daniel Ricciardo, who will take up a reserve role at Red Bull in 2023. But Ricciardo was able to keep his McLaren ahead of Vettel entering turn 9 on the final lap, denying both ninth from Vettel and sixth place in the Constructors standings from Aston Martin, who will have to settle for a seventh place finish on the year.

As was done last year for the outgoing Kimi Raikkonen, Vettel was voted Driver of the Day by F1 fans.

It could only be Seb 😍#AbuDhabiGP @salesforce pic.twitter.com/096vfVdDAa

There’s no easy way for a Champion to leave his domain.
Usually it after you had several losing seasons. Just look at DW, JJ, Cale and Richard.
Nico Rossburg and Ned Jarrett left on top, but for different reasons. Ned for family, Nico because he couldn’t take the fight anymore.