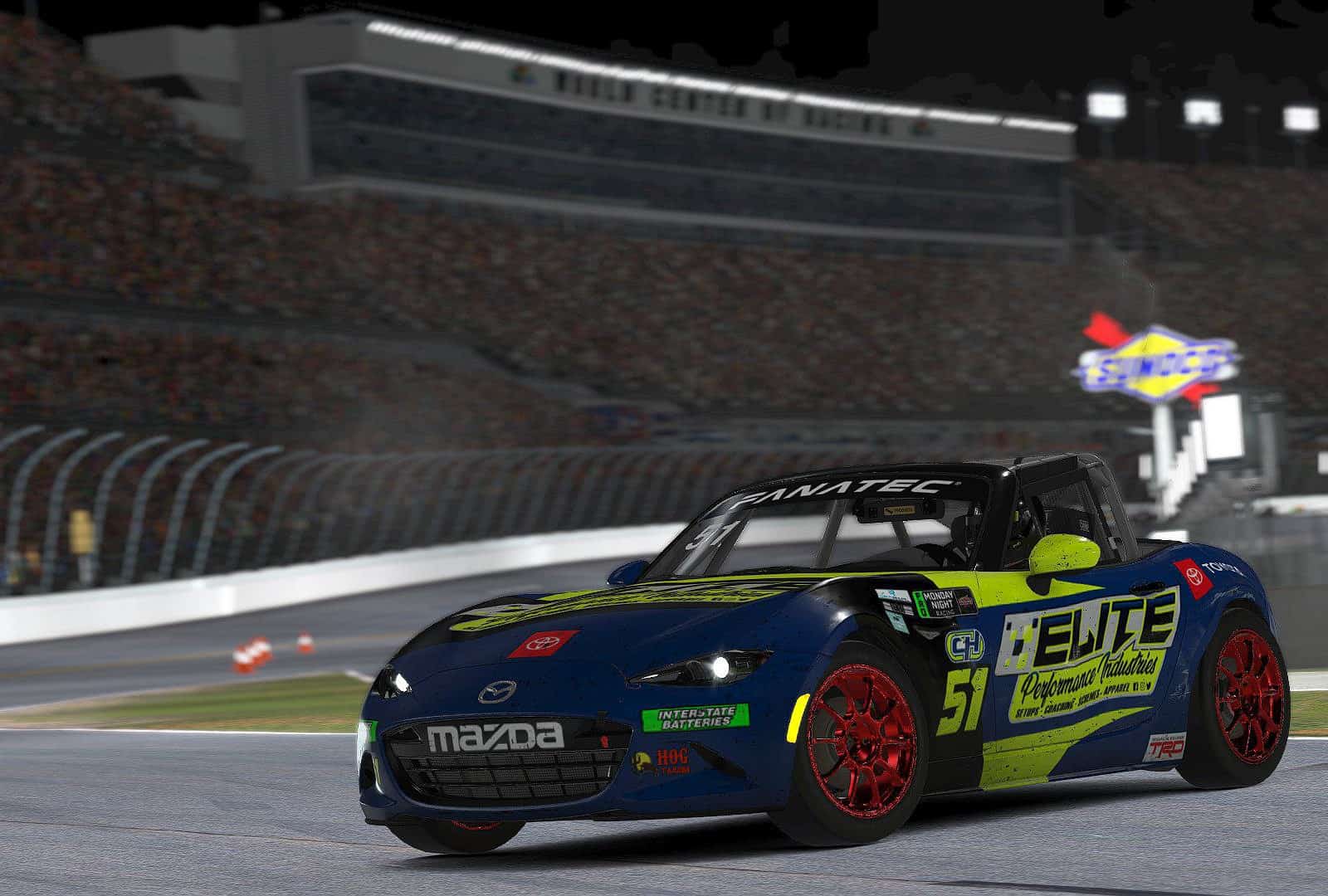 Heim is now locked into the playoffs with his third career victory.

With a little help from designated chaos agent Carson Hocevar, Corey Heim takes the win at the #Tufco80 down in Daytona

The Mazda MX-5 cars rode around the course for 80 minutes, and the racing did not disappoint. The lead changed hands all race long, so no one knew who would win the event until the very end. It started off with Alex Labbe on the pole over last week’s Twin Ring Motegi winner Chase Cabre. Labbe ended up falling back to fourth place early, while Padgett got out front.

There are no cautions on road courses, so the race stayed green for 80 minutes. However, there were still multiple cars that spun and crashed, including one in the first couple of minutes. One notable incident came a bit later in one of the chicanes: Hocevar got spun around by Heim, and as he attempted to get back to rolling, Josh Slate rammed into him. Hocevar had to get towed back and lost a lap to the rest of the field.

As the race wore on, Ryan Vargas and Collin Fern found themselves joining the frontrunners and battling for the lead with Cabre, Adam Cabot and Michael Fisher. They used the draft on the oval portion of the track to go three- and four-wide for the lead entering turn 1. And about halfway through, Will Rodgers also wound up front.

NASCAR Xfinity Series driver Anthony Alfredo worked his way through the field and tried to battle for first place but ended up making contact with Vargas and nosed into the wall in the infield. He was able to get it back rolling without too much damage, though.

More trouble came to an early leader with under 40 minutes remaining, as Fisher and Josh Bilicki ended up together in the International Horseshoe area of the infield.

Shortly thereafter, James Bickford was out front but was pushed too hard by another car on the oval. Bickford got squirrelly and crashed hard into the outside wall.

As the minutes wound down, cars started making their way down pit road for the final stop of the evening, with the leaders coming in about eight minutes left. Padgett got to the lead but couldn’t hold on at the end, as Heim drafted behind Hocevar, went down to the apron and passed Padgett for the win.

Next week (Nov. 28), the series will compete at Legacy Texas Motor Speedway (before the repave) with the NASCAR Xfinity Series cars. Coverage starts at 8 p.m. ET on Twitch.tv/podiumesports. Check out Frontstretch’s YouTube channel as well for the live post-race show.