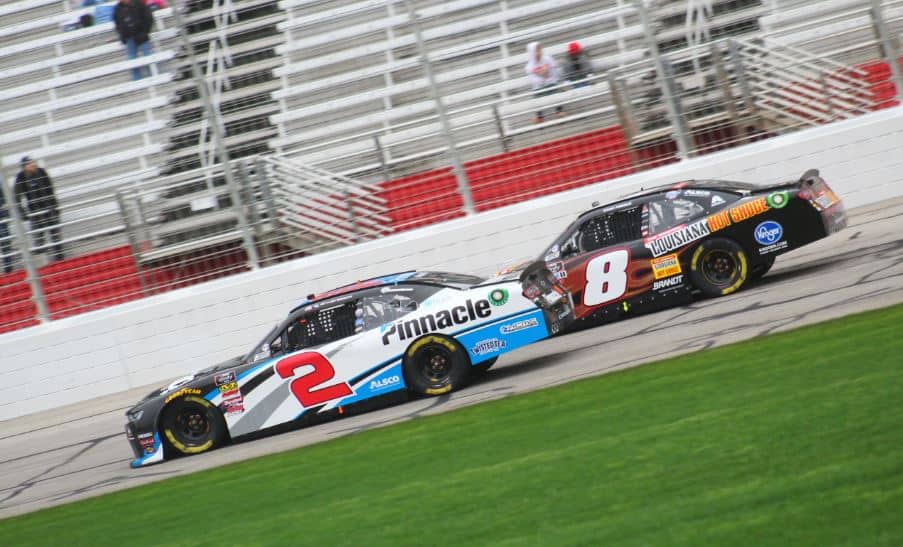 NASCAR Xfinity Series practice for the 2019 My Bariatric 300 at Texas Motor Speedway has been completed Friday (March 29). Reigning series champion and current points leader Tyler Reddick along with former series champion Kyle Busch led the way ahead of Saturday’s race. First practice Busch was in a Richard Childress Racing sandwich on the … Read more 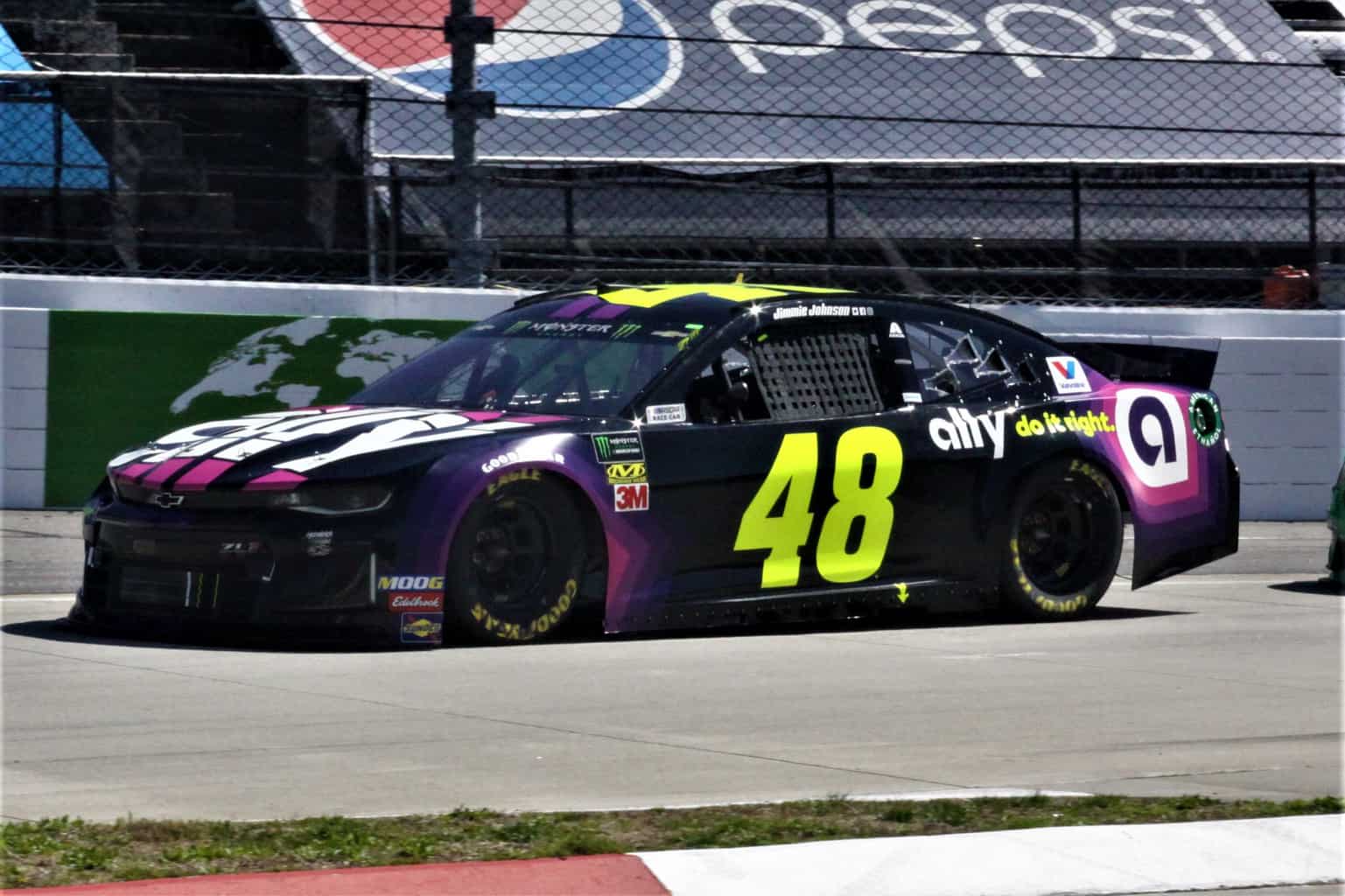 Brad Keselowski was really, really good during the STP 500 on Sunday (March 24) at Martinsville Speedway. He led 446 laps en route to earning his second Monster Energy NASCAR Cup Series victory of 2019 through six races. As expected from previous races, Team Penske and Joe Gibbs Racing were up front, along with Hendrick … Read more 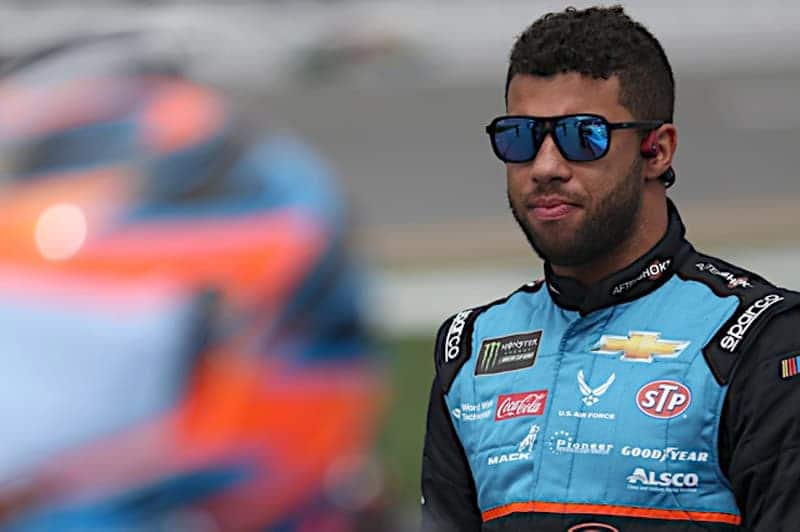 Bubba Wallace is going to have a busy weekend at Martinsville Speedway. AM Racing announced that the Mobile, Ala., native will pilot its No. 22 Chevrolet Silverado typically driven by Austin Wayne Self in the NASCAR Gander Outdoors Truck Series race this Saturday (March 23). .@AMRacingNASCAR statement pertaining to this weekend's @NASCAR_Trucks race @MartinsvilleSwy. @BubbaWallace … Read more 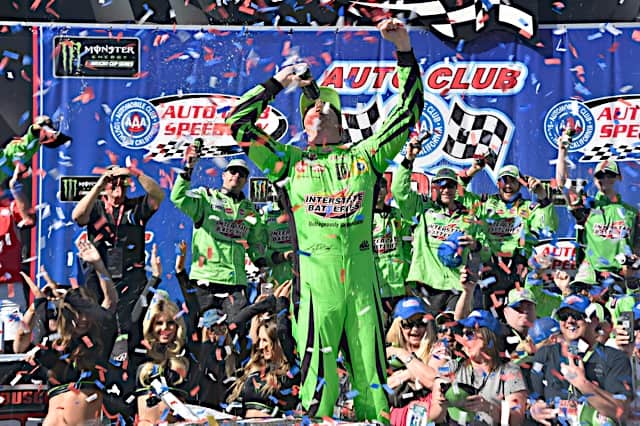 In case you missed it, Kyle Busch won the Monster Energy NASCAR Cup Series’ Auto Club 400 at Auto Club Speedway in California on Sunday. It was his 53rd Cup victory in 503 starts to go along with 94 Xfinity Series wins in 348 starts and 53 Gander Outdoors Truck Series triumphs in 147 starts. … Read more 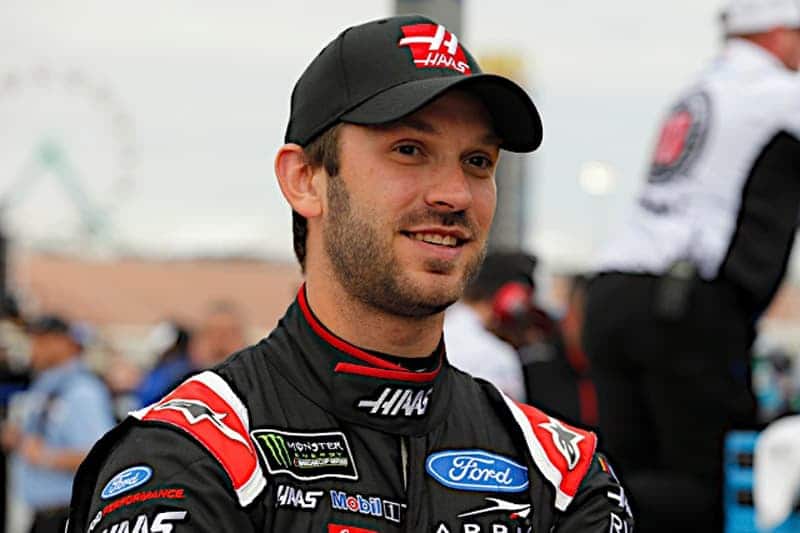 Maybe it’s not always the best idea to take your weekend inspiration from the company name of your sponsor. Daniel Suarez‘s No. 41 Ford Mustang was sponsored by Ruckus Networks this weekend, and Suarez certainly raised a ruckus at ISM Raceway during the Monster Energy NASCAR Cup Series’ TicketGuardian 500. Following qualifying, he body-slammed fellow … Read more 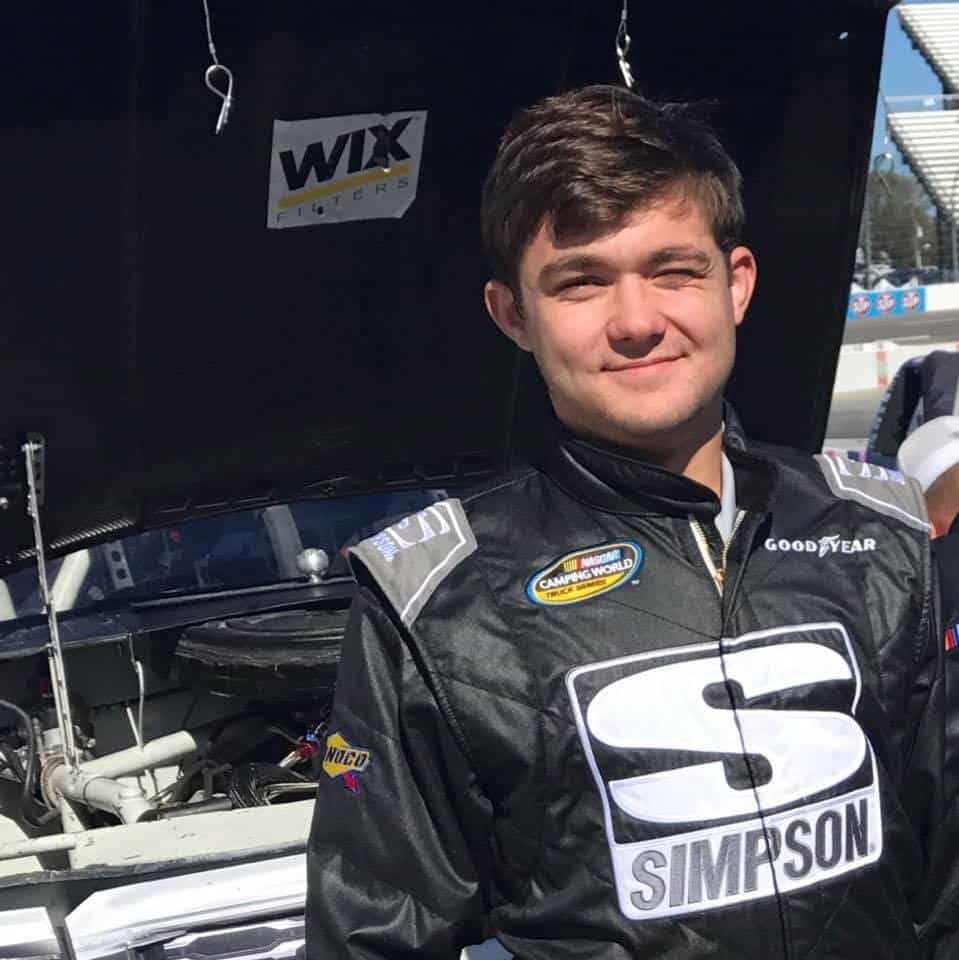 Bayley Currey will make his Monster Energy NASCAR Cup Series debut this weekend at ISM Raceway, driving for Rick Ware Racing in its No. 52 in the TicketGuardian 500 on March 10, the driver announced March 6. Ready to roll to @ISMRaceway for my #monsterenergycupseries debut in the @RickWareRacing #52! pic.twitter.com/YpkGR8i1OD — Bayley Currey 🇺🇸 … Read more 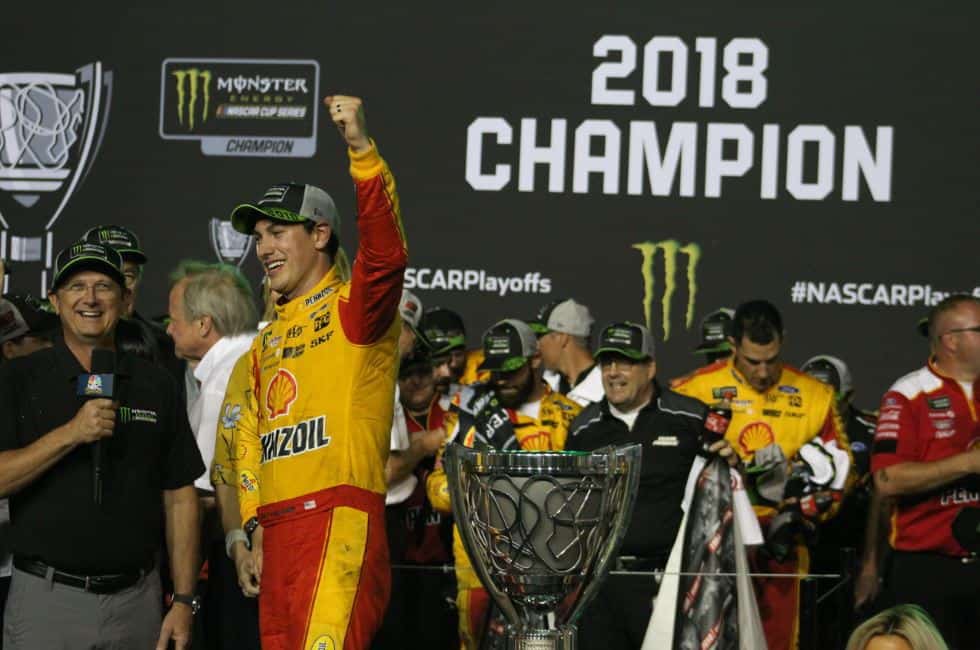 The Champion’s Week festivities and the Monster Energy NASCAR Cup Series awards are moving to Nashville for 2019, NASCAR announced Wednesday (March 6). The awards, which include the formal presentation of, among others, the Rookie of the Year and Most Popular Driver Awards, will be held in downtown Nashville on Thursday, Dec. 5 at the … Read more 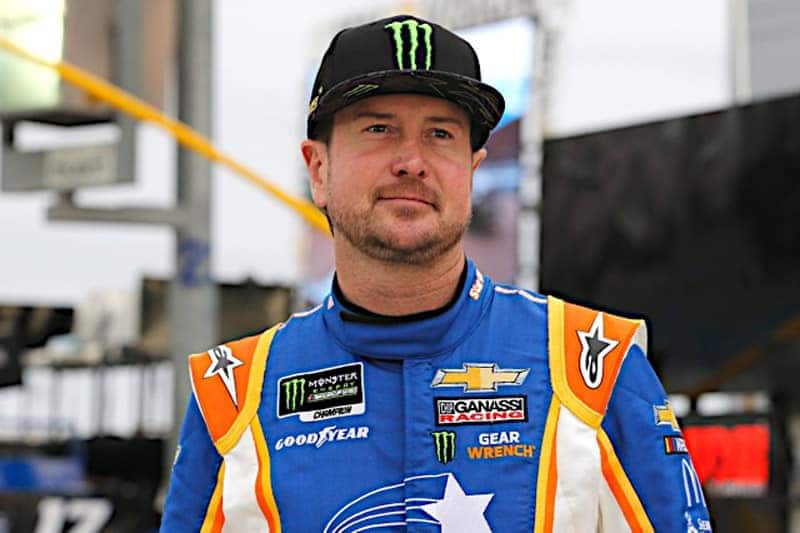 The full new Monster Energy NASCAR Cup Series rule package made its debut in the Pennzoil 400 on Sunday at Las Vegas Motor Speedway. Opinions on social media were decidedly mixed, but one thing was for sure: the cars are much slower. That, combined with the cookie-cutter racing of a 1.5-mile track (even though Las … Read more 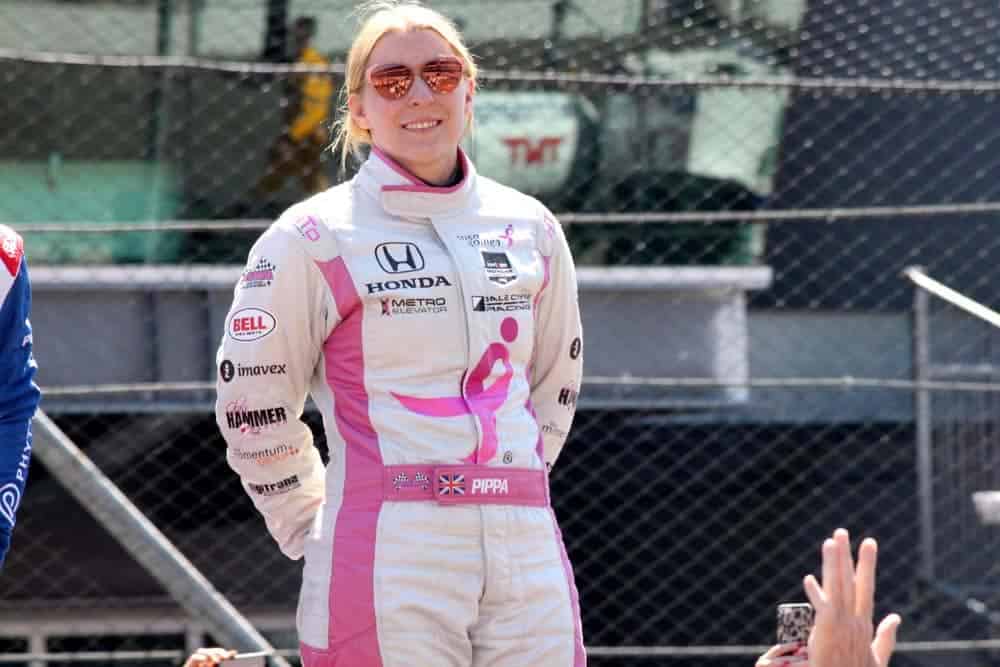 USAC sprint car team Clauson-Marshall Racing is making its first foray into the NTT IndyCar Series with an attempt at the 2019 Indianapolis 500, the team announced Wednesday (Feb. 27). Sponsorship will come from Driven2SaveLives, and Pippa Mann will pilot the No. 39 Chevrolet. Clauson-Marshall Racing was founded in 2016 after the death of Hall of … Read more 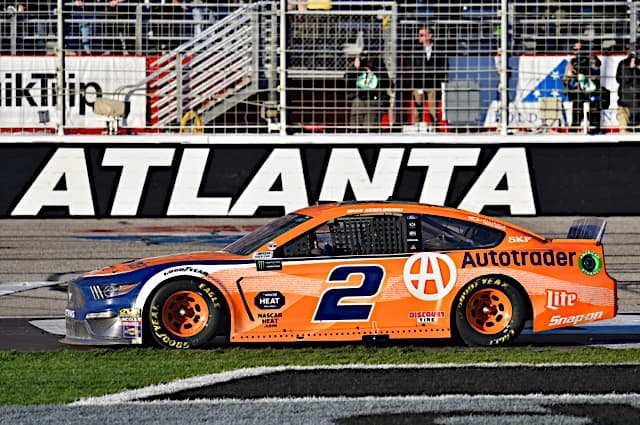 On June 11, 1997, the Chicago Bulls were in Salt Lake City facing the Karl Malone-John Stockton Utah Jazz in the NBA Finals, and Michael Jordan had the flu (or food poisoning). He couldn’t get out of bed until the bus left for the arena, but wound up scoring 38 points that night, sparking the … Read more