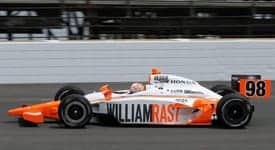 Hello race fans, and welcome back to Couch Potato Tuesday, where the dissection of race broadcasts is a simple fact of life. This past weekend, the Sprint Cup Series was back in action at Martinsville Speedway, while the Camping World Truck Series came back out of their extended hibernation to support them. In addition, the IZOD IndyCar Series had their second race of the season at Barber Motorsports Park.

I originally planned to place a scathing rant against ESPN here for their treatment of “the recent Blake Koch issue.”:https://frontstretch.com/bkeith/38001/ However, I’ve been pre-empted. Matt McLaughlin claimed the topic for what I’m sure will be an epic takedown later this week. As a result, I will state for the record that ESPN’s actions are ridiculous, and that’s it. 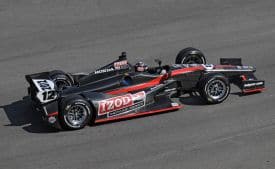 Hello, race fans. Welcome back to Couch Potato Tuesday, where race telecasts are the name of the game. This past weekend, the Sprint Cup and Nationwide Series made yet another haul out to the West Coast to race at Auto Club Speedway. Meanwhile, a new era began in the IZOD IndyCar Series with the introduction of the DW12 and new turbocharged engines in St. Petersburg, Florida. 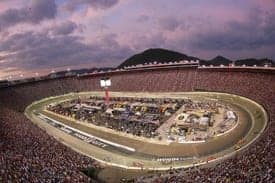 Hello, race fans. Welcome back to another edition of Couch Potato Tuesday, where we don’t necessarily mince our words. If something isn’t good, we’re going to call NASCAR’s TV partners on it. However, if something positive happens, I’ll definitely publicize it.

This past weekend, the Sprint Cup and Nationwide Series returned to action at Bristol Motor Speedway for the annual Spring race. Both of these events (the Cup race more than the Nationwide one) were somewhat sterile affairs, at least by Bristol standards. However, we are not critiquing the actual racing here.

Hello, race fans, welcome back to Couch Potato Tuesday, where we endeavor to take a close look at the race telecasts that are available to us. This past weekend, the Sprint Cup and Nationwide Series both stayed out west to race at Las Vegas Motor Speedway.

*Before we start:* On Monday, NASCAR announced that Paul Brooks, NASCAR’s Senior Vice President and President of the NASCAR Media Group, is leaving the company on May 4th. According to the press release, Brooks plans to “…focus on a variety of personal and outside business interests.” 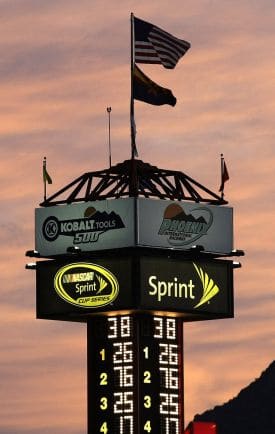 Hello, race fans. Welcome back to Couch Potato Tuesday, where we take a look at the race telecasts that are presented to you on a weekly basis. Last weekend, the Sprint Cup and Nationwide Series were both back in action at Phoenix International Raceway in Avondale, Arizona.

Before we start; As much as I’d like to bring you a new Critic’s Annex piece this week, that is not in the cards. In its place, we have a brand new driver diary that will run on Thursdays in the Frontstretch Newsletter once a month featuring Camping World Truck Series Rookie of the Year contender Paul Harraka. 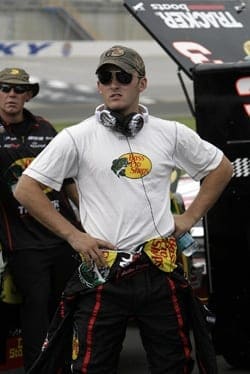 Hello, race fans. Points are finally in play. I really wish we could have gotten the Daytona 500 in on Sunday, but that just gives us more stuff to look at. Plenty to get to this week, so let’s delve right into the critique…

Friday night marked the Camping World Truck Series’ return to the track for their first race of the season. With seemingly every organization undergoing some sort of change in the offseason (driver switches, manufacturer swaps, new teams altogether, etc.), there were plenty of Silly Season moves for SPEED’s crew to cover. How did they do? Let’s see.

Hello, race fans. Welcome back to Couch Potato Tuesday. This past weekend brought the first oval-track action to the small (or quite huge, depending on your home entertainment situation) screen. I was amped up, to be honest, even though at least one of my colleagues was not a big fan of the pack racing being back (I’m sure you can figure out who that is). However, even though I was enthralled with the on-track action, there were still some race telecasts to be critiqued. Two of them, to be exact.

Hello, race fans. So, the offseason is officially over. Yee-haw. Welcome to year No. 4 (for me, at least) of race telecast critiquing. This year, there will be some slight changes, the first of which you’ve already seen. That’s right, a brand new series title. While I’ll admit that “Couch Potato Tuesday” is not something I came up with, I’m cool with it. I had inherited the Talking NASCAR TV title from my predecessor, Doug Turnbull, back in 2009 and wasn’t really in love with it. However, there will be no change in focus. I’ll still be here to criticize bad aspects of telecasts and praising good ones.

The Critic’s Annex in “the Newsletter”:/notice/9557/ will be back as well, but it will not run every week. We have a new feature that will run in its place once a month that we will be announcing quite soon.

Having said that, we’re going to take a brief look at what NASCAR’s TV partners have to offer for us this season. I’m going to hold off on covering TNT for now since they don’t start their series until June.

Hello, race fans. Welcome back to Talking NASCAR TV, where race telecast criticism is the name of the game. We’re back from a one week break since I was out of town, covering the races in Watkins Glen (including the rain-delayed Cup race). If you’re looking for a critique of the Heluva Good! Sour Cream Dips at the Glen, I did write one that ran in the Frontstretch Newsletter on Thursday. If you subscribe to the Newsletter, you’ll have access to our archives, so take a look.

This past weekend, the Sprint Cup and Camping World Truck Series were each racing at Michigan International Speedway. Meanwhile, the Nationwide Series raced Saturday afternoon at the Circuit Gilles Villeneuve in Montreal.

Hello, race fans. We’re back for another full season of critiquing, complimenting, ranting and suggesting here at Talking NASCAR TV. If only new races could bring perfect health; at the moment, I’m not feeling 100% since I’ve come down with a slight cold. It’s bad enough I’m spending winter with the flu; what’s worse was …