MPM2Nite: The Curious Case of Jeff Gordon And The Chase

November 17, 2011 MPM2Nite Comments Off on MPM2Nite: The Curious Case of Jeff Gordon And The Chase 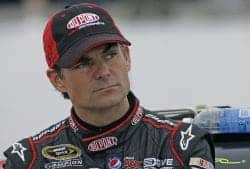 In last weekend’s race recap, I made casual mention of the fact that Dale Earnhardt, Jr. was well ahead of teammate Jeff Gordon in the point standings and wondered why everyone thought the No. 88 team was having a miserable year while the No. 24 team was spared such heat. I should have known better after all the years I’ve been doing this stuff: “Casual” results in casualties in writing about NASCAR. By Monday afternoon, I was deluged by hate mail saying my assessment of Jeff Gordon’s season was “unfair,” to use one of the more polite terms. Most of the emails apparently came as a result of an email writing campaign espoused on one of the many Jeff Gordon message boards, where the faithful still gather to warm themselves by the dying embers of Gordon’s glory days.

END_OF_DOCUMENT_TOKEN_TO_BE_REPLACED

MPM2Nite: When Busch Comes To Shove

November 10, 2011 MPM2Nite Comments Off on MPM2Nite: When Busch Comes To Shove

Unless you spent the last week recovering from the bends in a hyperbaric chamber, by now you’ve seen or heard of Kyle Busch’s outrageous and unwarranted behavior during last Friday night’s truck race. Thus, I will only sum up what happened quickly to remind casual fans of the salient points. On lap 13, Ron Hornaday found himself in the middle of a three-wide racing pack. The air was taken off his rear spoiler and Hornaday got crossed up and into the side of Busch’s truck. Those two vehicles both made contact with the wall, though damage appeared minimal after the initial incident. Given the race was barely underway, both trucks could probably have been repaired in the pits and returned to the event with a viable shot perhaps even at a win.

END_OF_DOCUMENT_TOKEN_TO_BE_REPLACED

As I grow older, autumn tends to be a time of almost morose reflection on the past. The arrival of autumn means it’s almost time to pack away the beloved Harley for the season, with no more romps in the Nova or Trans Am until the first heavy spring rain washes away all the road salt from a wearisome winter. This weekend here near the Lancaster-Chester County border, autumn collided with a very premature winter in the form of eight inches of snow. In a way, it was handy. Rather than raking leaves, we’ll be hauling away branches still laden with them. There was plenty of time to contemplate how to do so on a long cold, night with no electricity, temperatures in the 20s, howling winds and near whiteout conditions most of the evening while berating myself for neglecting to pick up a spare pack of smokes or fill the kerosene can.

END_OF_DOCUMENT_TOKEN_TO_BE_REPLACED

MPM2Nite: A Matter of Degrees

October 27, 2011 MPM2Nite Comments Off on MPM2Nite: A Matter of Degrees 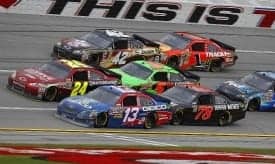 I’ve seen better races (lots of them) and worse races (a few of them) than Talladega on Sunday, but I simply can’t recall a single race that pissed more fans off. Maybe it’s for the best I don’t have this Twitter thing everybody is always talking about because I’m told I only saw the tip of the iceberg. Twitter comments on Talladega were absolutely toxic. If I were in charge of selling tickets to next year’s two races at Talladega I’d be cleaning up my resume starting now because it’s going to be a tough sell. (As if in this economy the job was easy to start with).

END_OF_DOCUMENT_TOKEN_TO_BE_REPLACED

Come autumn when it’s occasionally too cold or wet to go riding I’ll sometimes succumb to channel surfing around the TV to see if anything interesting is on just to pass the time. It’s a habit I despise, there’s always something better I could be doing out in the garage, but as I grow older it’s a harder habit to resist. Last week I stumbled onto the opening moments of a show called “The Day” on SPEED. There must be more than one installment of the program because I’d seen another episode dealing with Richard Petty’s win at Daytona in 1984, his 200th career victory a feat the King accomplished in front of then U.S. president Ronald Reagan. The episode I saw last week dealt with the 1992 Cup series finale, a race many longtime fans still recall as the greatest moment in the sport's history.

END_OF_DOCUMENT_TOKEN_TO_BE_REPLACED 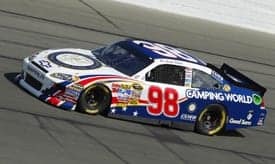 The less said about the Kansas race, the better. In summation, it was a farce masquerading as a stock car race. Nothing to see here, people, move along. But little has been made of some potentially troubling developments that took place at Kansas long after most people had drifted off for an autumn’s afternoon nap. In one instance everyone left watching saw what happened. In the other instance, things are all a matter of conjecture and yet another conspiracy theory. In the first instance, late in the race, Kevin Harvick and team decided to try to steal a win on fuel economy while most of the other lead lap cars ducked into the pits under caution. We’ve seen that strategy play out successfully numerous times this year. It was pretty clear Harvick didn’t have a car that could win the race on speed so employing stealth and strategy was the only way he was going to grab the brass ring.

END_OF_DOCUMENT_TOKEN_TO_BE_REPLACED

With the exception of Reed Sorenson’s surprise release from Turner Motorsports this week, there’s not much in the way of news in NASCAR-land as this column is written. That’s rather odd, considering we’re in the midst of our “playoffs” but I suppose it's another stunning example of just how well this Chase concept isn’t working. When you can’t even get Coors to produce cases or bottle artwork on their beer to acknowledge your postseason, you know you’ve got some issues to deal with. (Rest assured, I am checking the local beer establishment regularly to see if this changes.)

END_OF_DOCUMENT_TOKEN_TO_BE_REPLACED

There seems to be as many theories about what’s ailing the once proud sport of NASCAR racing as there are empty seats at most tracks lately. The fans, the ultimate arbiters of what’s right and wrong with the sport, have a lot of different theories on what’s gone wrong. They rail about the Chase, the new cars, cookie cutter race tracks, points racing, bland competitors and on and on. Given my occupation, I’ve spent (some might argue wasted) considerable verbiage on the topic as well. As the late Jerry Garcia once sang, “Once in awhile you get shown the light in the strangest of places if you look at it right.” Today I had one of those “Eureka!” moments and oddly enough it came while browsing yet another bloodless press release from the NASCAR folks down in Daytona Beach.

END_OF_DOCUMENT_TOKEN_TO_BE_REPLACED

*Editor's Note* _Matt McLaughlin is taking a much needed break this week while continuing to recover from health-related issues. Be sure to email him a "Get Well" message at [email protected] - in the meantime, please enjoy one of Matt's classic columns that's consistently ranked as a fan favorite for nearly a decade._ While I enjoy stock car racing at Pocono, race weekends at the track are also tinged with a bit of melancholy. For more years than I care to recall, all my best buddies and I used to attend one of the Pocono races together, gathering from near and far for the annual "male-bonding weekend." (Which is a polite way of saying drinking a truly epic amount of beer, carrying on outrageously and, in general, reinforcing every negative stereotype of stock car fans we could manage.) I can't say whether I've been to more races at Dover or Pocono, or that the best races I've seen have been at this track, but I can say I've had more fun at Pocono than any other track on the circuit.

END_OF_DOCUMENT_TOKEN_TO_BE_REPLACED

It’s been over a decade now since Tim Richmond last competed in a Winston Cup race. There’s little mention of him in NASCAR’s official literature, and if you’re a new race fan, sadly, you may never even have heard his name. But for those of us privileged enough to have watched Tim Richmond drive a race car, during that all too ephemeral time that marked the peak of his career, there is no forgetting the magic. The tragic circumstances of a young man’s passing, and the way NASCAR officialdom dealt with it, is the subject for another article. Instead, my purpose here is not to mourn Tim’s passing, but to celebrate his life and talent. For if there ever was a “natural” at driving a race car, it was Tim Richmond. Lap after lap, fans watched in wonder as he hit the same mark time after time – but when it came time to get around another driver, it was like the laws of physics themselves stepped aside a few moments, content to be suspended and watch in wide-eyed wonder at what Tim could do in a race car, driving the line everyone else thought was impossible. And it was impossible, for everyone else.