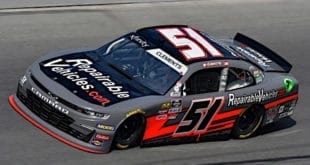 Where have all the owner-drivers gone? Well, it certainly ain’t the Monster Energy NASCAR Cup Series. Which is probably a different story from when many who read this first started following NASCAR. The story of the owner-driver — the do-it-all wheelman who can balance a checkbook just as well as …

END_OF_DOCUMENT_TOKEN_TO_BE_REPLACED 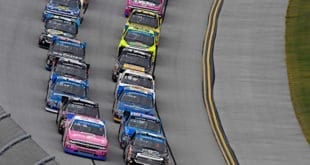 After a one-month hiatus from competition, the NASCAR Camping World Truck series heads to Talladega Superspeedway for the running of the Fr8 Auctions 250. This is the final race in the first round of the Truck Series playoffs. 36 teams are on the entry list, meaning that four teams will …

END_OF_DOCUMENT_TOKEN_TO_BE_REPLACED 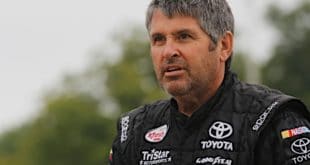 There was this very dumb, extremely unfounded story going around the Internet earlier this week claiming that Matt Kenseth was going to be retiring, either immediately or at the end of the season, depending on who you asked. It was debunked almost immediately, with the actual press conference Wednesday (April …

END_OF_DOCUMENT_TOKEN_TO_BE_REPLACED

10 teams between the Sprint Cup and XFINITY series were warned for failing pre-race inspection multiple times during the Talladega race weekend, including the No. 48 of Jimmie Johnson. Johnson’s team failed template inspection three times and in addition to his warning he will lose 15 minutes of practice time …

END_OF_DOCUMENT_TOKEN_TO_BE_REPLACED

Talladega is looney tunes.  In its purest form, a race weekend at Talladega makes your stomach churn (or, it makes my stomach turn, at least).  In recent years, that really hasn’t been the case.  However, this past weekend brought it on big time, unlike any time since about 2005. GEICO …

END_OF_DOCUMENT_TOKEN_TO_BE_REPLACED

In the NASCAR Sprint Cup Series, teams visit the two 2-and-a-half-mile superspeedways, Daytona International Raceway and Talladega Superspeedway, twice a year, for four races total. In the XFINITY Series, it’s slightly less, at three races. Even less in the Camping World Truck Series, which races twice. On the other hand, …

END_OF_DOCUMENT_TOKEN_TO_BE_REPLACED

Landon Cassill Out, Bobby Gerhart in for Xfinity Series Race at Chicagoland 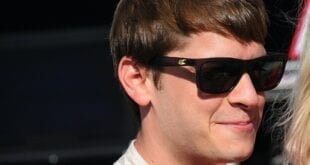 Landon Cassill will compete in a race this weekend, just not in the NASCAR Xfinity Series. Cassill, the regular driver of JD Motorsports’ No. 01 Chevrolet, will compete in the Ironman 70.3 at Mont Tremblant on June 21. Team owner Johnny Davis announced Tuesday that the team will shuffle around …

END_OF_DOCUMENT_TOKEN_TO_BE_REPLACED

Saturday night’s race at Daytona was shaping up to be a tremendous finish, until a messy wreck on lap 96 stopped the battle at the front of the field and scattered debris and rescue equipment all over the 2.5 mile oval. And in their infinite wisdom, NASCAR chose not to red flag the race, instead settling for a green-white-checker finish. Still, the two lap shootout at the finish had all the potential in the world.

END_OF_DOCUMENT_TOKEN_TO_BE_REPLACED

The offseason certainly did not provide any off time for several members of the ARCA circuit, as many of the drivers changed teams, and teams themselves changed names. Perhaps the most notable Silly Season move involved Frank Kimmel, who will no longer pilot Larry Clement's familiar No. 46 Ford -- the team which Kimmel won nine ARCA championships with. Instead, the veteran has partnered with Cunningham Motorsports to form Kimmel Racing, and will now drive the No. 44 Dodge Charger. Taking Kimmel's place in the vaunted No. 46 is rookie Matt Carter, son of long-time Sprint Cup crew chief Travis Carter.