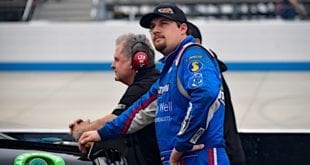 In the current landscape of racing, there’s a significant middle gap. Josh Williams, Mario Gosselin and Danny Johnson are looking to fill that gap. Williams cut his teeth racing at the grassroots level. Between 2010 and 2018, he made 102 starts for his family-operated ARCA Menards Series team, JW Motorsports …

END_OF_DOCUMENT_TOKEN_TO_BE_REPLACED

Beyond the Cockpit: Alex Labbe on the Transition from the Pinty’s Series 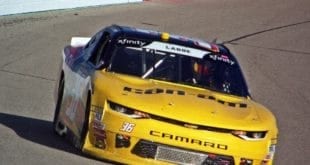 During Friday’s rained out qualifying session, 2017 NASCAR Pinty’s Series Champion Alex Labbe sat down with Frontstretch. Labbe is currently in the middle of his first full-time NASCAR XFINITY Series season with King Autosport, owned by Canadian racing legend Mario Gosselin. The season has seen Labbe exceed expectations for both being …

END_OF_DOCUMENT_TOKEN_TO_BE_REPLACED 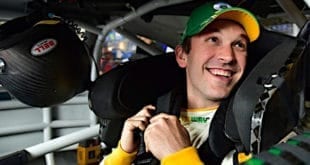 NASCAR is looking for some international flavor, and its diversity program is attempting to sway the sport in a direction similar to the Verizon IndyCar Series. International stock car drivers are rare, and ones with the funding to bring them to America to race in one of NASCAR’s top three …

END_OF_DOCUMENT_TOKEN_TO_BE_REPLACED 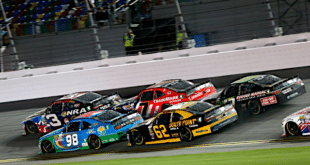 On Monday, NASCAR released the entry list for the XFINITY Series Coca-Cola Firecracker 250 at Daytona International Speedway.  43 cars are entered, meaning that three teams will have to pack up and leave early. With the XFINITY Series supporting Cup once again, we have Cup drivers in the field for …

END_OF_DOCUMENT_TOKEN_TO_BE_REPLACED

On Friday afternoon, the Xfinity Series held a 45-minute practice session at Homestead-Miami Speedway ahead of Saturday’s season-ending Ford EcoBoost 300. The rain that ended Sprint Cup practice early did not affect the session.  However, the tire wear and increased amount of rubber on the track did. Much like in …

END_OF_DOCUMENT_TOKEN_TO_BE_REPLACED

After an exciting debut at Chicagoland Speedway last weekend, the Camping Word Truck Series doesn't have to travel far to make its second debut at a new track in as many weeks. Saturday night, Iowa Speedway will host its first ever Camping World Truck Series race. The Nationwide Series visited the 0.875 mile track for the first time last month. They put on a wild race, and we can only expect the same from the Truck Series. Despite the fact that clean air allowed the leader to pull away last weekend at Chicagoland Speedway, there was great racing back in the pack. If a mile and a half track can bring three and sometimes four wide racing to the Truck Series, then I can only imagine what a track that's a little more than half that length can bring.