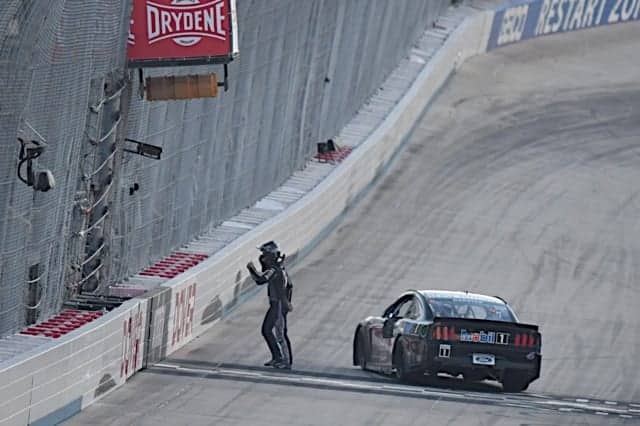 There are only so many weekends in a calendar year, and COVID-19 has tossed an Ozark into the cesspool in 2020. The various racing sanctioning bodies are doing their damnedest to reschedule their events and sometimes those schedules are going to overlap. Still, I found it a bit disheartening that NASCAR scheduled not one but …

Read moreBeside the Rising Tide: Short Takes on a Long Weekend of Racing

With a week off from the Cup Series schedule, the writers from Frontstretch decided to take a look at the 25 names nominated for consideration to be one of the first five selections to be enshrined into the NASCAR Hall of Fame. Since none of your Frontstretch faithful were picked to be part of the …

Read moreFrontstretch NASCAR Power Rankings: Which Nominees Should Make The NASCAR Hall of Fame in 2010

Last week, former NBA star and current ABC/ESPN analyst, Brad Daugherty, announced that his fledgling Cup team has formed a “technical alliance” with Michael Waltrip Racing. The JTG car, to be piloted by Marcos Ambrose and sponsored by Little Debbie, will naturally field Toyotas as a result. I wish all involved the best in this new endeavor. Certainly, Daugherty faces a daunting task getting his new team up to speed for the Cup Series, and I wish him more success than some other athletes from the stick and ball sports who have attempted the same with limited results. He’s off to a good start with a driver, at least: Ambrose is both a talented and likeable guy who’ll serve him well. But what bothers me instead is yet another TV “journalist” is getting paid to comment on and analyze races, while also accepting checks from a sponsor and manufacturer who he’ll have a chance to promote during his time on the air to the exclusion of others.

Ned Jarrett was one of the first bonafide superstars of the sport, helping to bring NASCAR to the next level in the early to mid-1960s. What started out as a regional sport with an underground following began to rise to national prominence by the mid-1950s, with factory involvement from Ford and Chrysler. At the time, the heroes of the sport were characters that seemed right out of central casting from Dukes Of Hazzard: Curtis Turner, Fireball Roberts, Joe Weatherly, and the Flock brothers. Ned Jarrett was the antithesis of the hell raisers of the early years. He was a family man who truly earned the nickname “Gentleman Ned.”

Dale Earnhardt must have felt his blood pressure rise whenever he recalled the Daytona 500 of 1990, and who can blame him? For another driver, though, it was the high point of his career altogether.

Ken Schrader won the pole position for the third straight year, continuing his streak of every event since the restrictor plate was reintroduced at Daytona. Schrader’s luck turned bad in the first qualifier, however, as a last lap crash wiped out the car and forced Schrader to a backup.