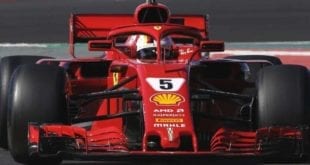 The 2019 Singapore Grand Prix on Sunday (Sept. 22) was a battle of strategy on a track where overtaking is difficult. Ferrari surprised the field with Charles Leclerc stealing the pole position and leading most of the beginning of this race. However, strategy made the difference as Sebastian Vettel benefitted …

END_OF_DOCUMENT_TOKEN_TO_BE_REPLACED 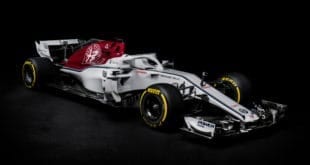 After one of the best Formula One races in the past few years, it is fitting that the drama bleeds over to post race. After investigation by the FIA Stewards, Alfa Romeo Racing was found to have clutch infringements related to clutch torque application requirements, as outlined in the FIA …

END_OF_DOCUMENT_TOKEN_TO_BE_REPLACED 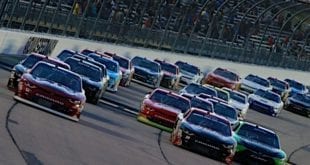 The clamoring over having Cup drivers race in the XFINITY and Truck series made NASCAR alter the participation strategies going into this season.  The change helped insofar as that the Cup interlopers weren’t winning every race because their participation had been limited.  Oh right, that’s not what has happened.  The …

END_OF_DOCUMENT_TOKEN_TO_BE_REPLACED

This weekend saw a changing of the guard of sorts in professional motorsports, as two young drivers finally broke through to score their first career victories in their respective series of competition. Saturday at Nashville Superspeedway in Lebanon, Tennessee, 24-year-old Brad Keselowski began his own Cedar Revolution of sorts, able to finally escape trouble and notch his first NASCAR Nationwide Series victory. And only 12 hours later, just north of the border at the Circuit Gilles Villeneuve in Montreal, 23-year-old Robert Kubica of Poland recorded his first win in Formula 1 competition, taking the checkers in his BMW-powered Sauber machine.