Beside the Rising Tide: Taking 1 for the Team 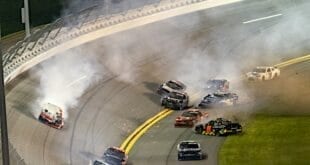 During Friday night’s NXS race at Daytona, the ugly specter of team orders once again reared its ugly head. It was no great surprise to anyone that the trio of Kaulig Racing teammates worked well together to dominate much of the race, often in positions one, two and three. Late …

END_OF_DOCUMENT_TOKEN_TO_BE_REPLACED 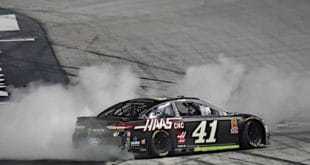 END_OF_DOCUMENT_TOKEN_TO_BE_REPLACED

I’ve gotten a lot of email from readers asking me which five people I hope, or think, will make up the first set of inductees into NASCAR’s Hall of Fame. I’ve debated the topic with more than a few fans and have to agree that narrowing the group down to just five individuals is a difficult task -- though, in my mind, selecting four of the first five folks so honored is a no-brainer few can dispute. Let me preface my picks by saying that I feel no active driver, or even semi-active driver, should be considered for induction into the Hall of Fame.

END_OF_DOCUMENT_TOKEN_TO_BE_REPLACED

Tim Flock was one of the legendary personalities of the sport, along with the likes of his brother Fonty Flock, Curtis Turner, and Fireball Roberts. He was a hell-raiser straight from the mold of the drivers of yesteryear, a far cry from the spit-polished corporate spokesmen of today. Tim Flock saw his first race in 1937, and became hooked. His brothers Bob, Fonty, and Carl wouldn't let him drive, so he got behind the wheel of a taxicab in Atlanta.

END_OF_DOCUMENT_TOKEN_TO_BE_REPLACED

Matt McLaughlin January 30, 2007 Cup Series, Matt McLaughlin, MPM2Nite Comments Off on Racing on the Beach: The Early History of Daytona, 1949-58

For 10 years before the first Daytona 500 was held at Bill France's magnificent new superspeedway, NASCAR's Grand National Division ran on the storied old beach and road course in Daytona Beach, in what was considered the biggest event on the tour's calendar.