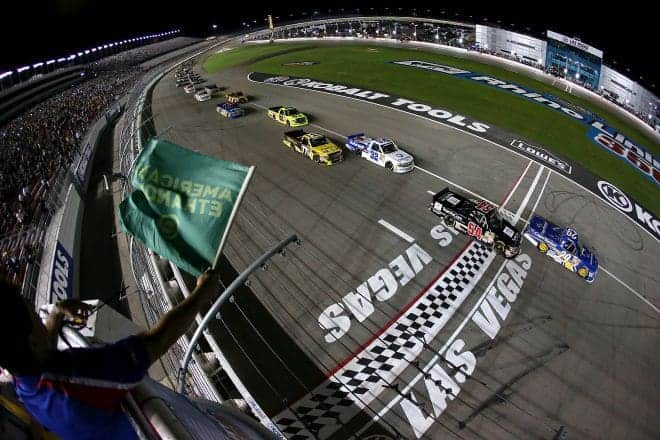 While much of the NASCAR world is currently focused on Tony Stewart‘s announcement and the impending rainy weekend at Dover International Speedway, the Camping World Truck Series heads west to Las Vegas Motor Speedway for a Saturday night showdown. With a close championship battle, every race counts for Matt Crafton, Erik Jones and Tyler Reddick … 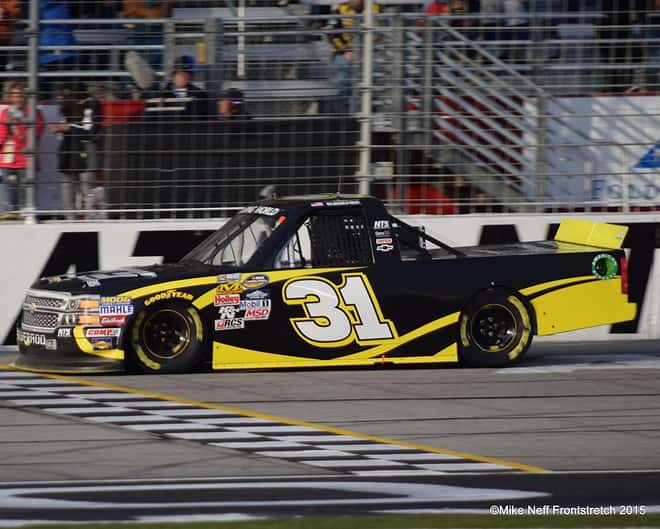 Travis Pastrana is returning to NASCAR. Pastrana, an 11-time X-Games gold medalist, has signed a one-race deal with NTS Motorsports to run its No. 31 in the Camping World Truck Series race at Las Vegas in October, ESPN reports. The truck will be sponsored by GunBroker and will run alongside teammate Daniel Hemric in the … 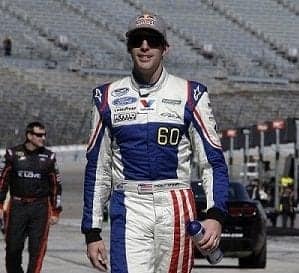 From NASCAR to Nitro Circus, the past year-and-a-half have flown by – literally and figuratively – for Travis Pastrana. The former Xfinity Series driver for Roush Fenway Racing stopped by to talk to Frontstretch after being spotted back in the garage area Friday afternoon at Pocono Raceway. Pastrana’s last stock car race came in the Homestead Xfinity …

If there was a prize for the best firesuit, Joey Logano would have it hands down after sporting a suit styled to look like… well, a suit, complete with jacket and tie. Logano, who was also strong in Sprint Cup practice on Saturday, looked to have the car to beat early, but a two-tire strategy later in the race proved to be the wrong one, and Logano was never able to claw his way back to the front. Instead, he was forced to settle for sixth, but if his early run is any indication, Logano could be looking at a much-needed top 10 in the Cup race.

Jamie Little opened the post-race interview with Travis Pastrana and asked him what was the highlight and lowlight of his first Nationwide Series race. “The lowlight was gettin’ beat by both the girls.” In less than 140 characters Travis Pastrana managed to raise my eyebrows with the second utterance of this sentiment on Friday night. …

What is a bigger crime: Reed Sorenson getting yanked out of the No. 32 Turner Motorsports car for the final five races, ending his hopes of making a late rally for a Nationwide Series championship – or Brian Vickers being excited to the point of using exclamation marks in a press release about taking over …

Thanks to efforts from crew back in Michigan, Brian Keselowski’s second car is prepared, meaning the Rookie of the Year candidate will attempt Phoenix.

Before the madness begins anew under the lights at Daytona this Saturday night, here are, in no particular order, my 11 wishes for NASCAR in 2011.

Fresh off a performance at Martinsville in the spring that landed him a grandfather clock, I penned a column that Denny Hamlin had effectively ended his year.